How the Most Successful People Prioritize 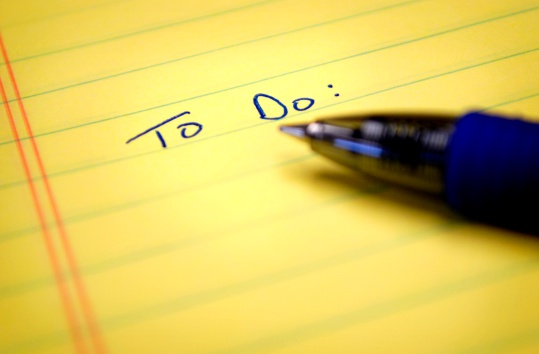 I've been a "yes"-sayer most of my life. I'm a bit of an impulse shopper, always down for an adventure, open to meeting new people or switching plans at a moment's notice.

This has opened many doors for me over the years, especially with bosses and colleagues who are happy with my eagerness and "can-do" attitude. But sometimes, the "yes-yes-yes" approach can be exhausting -- it ends up stretching me way too thin. With every new affirmative comes the quiet ritual of reprioritization, where I look at my to-do list and figure out where on earth the new request will fit in.

Sound familiar? Think about the last time you had to rework your to-do list to accommodate piling demands. Was it last week? Yesterday? This morning? There biggest reason this problem is so widespread is: Many of us are concerned about looking like jerks if we don't do everything our colleagues ask of us -- especially if the person asking is our boss.

I think Ed Batista, executive coach and instructor at the Stanford School of Business, said it best: "When faced with potentially overwhelming demands on our time, we’re often advised to 'Prioritize!' as if that’s some sort of spell that will magically solve the problem ... Here’s the problem. After we prioritize, we act as though everything merits our time and attention, and we’ll get to the less-important items 'later.' But later never really arrives. The list remains without end."

It might seem like every incoming request is important -- especially ones from your superiors. But that's not true. Here are a few tips that successful people follow to better prioritize.

Give yourself a minute.

It's easier to say "yes" in the moment, only to realize later that you probably don't have time. Instead of defaulting to "yes," ask questions about the project (steps, due date, etc.) to gauge how long it might take. And then tell your requester, "Let me look at my schedule and see if I can fit it in." That way, you can take a few minutes to analyze the request and see how it can fit in with your current priorities. Which brings me to my next point ...

Even ones from your superiors -- they shouldn't be a given! In her book Rise: 3 Practical Steps for Advancing in Your Career, Standing Out as a Leader, and Liking Your Life, Patty Azzarello (whom Forbes calls "the original Marissa Mayer") reveals a little-known secret: Your boss needs help thinking through the things she requests of you just as much as you need help prioritizing them.

In other words, your boss doesn't want you to just do everything she asks you to do -- your job is to catch, record, and analyze all those asks, and then make judgments about which ones will have the biggest impact on the business. If you just do the things that will make a big impact on the business, you will be forgiven for the things you don't get done -- and that is a big secret to success.

Say "no" to requests that put your top priorities at risk.

Setting realistic expectations on our time is hard, but we have an even harder time saying "no" to our colleagues for fear of seeming unhelpful, not hardworking, not a team player, and so on. "There’s a fine line between effective triage and being an a**hole, and many of us are so worried about crossing that line that we don’t even get close," says Batista.

"Don't lose your nerve. Stick to it," she writes. "If you're tempted to work on everything because it feels less risky, just realize that you will remain unremarkable because you have not given yourself the opportunity to really excel on something that has a big impact on the business."

Your ultimate goal, according to Batista, is to confront the emotional discomfort of prioritizing tasks -- to "expand our comfort with discomfort." Saying "no" isn't easy, but it's incredibly important for career growth.

More in this category: « #FF, QR Codes, & Like-Gating: 6 Outdated Internet Trends We Should Leave Behind Why Print in Colour »