A Low Carbon Economy for Canada - Is it possible? 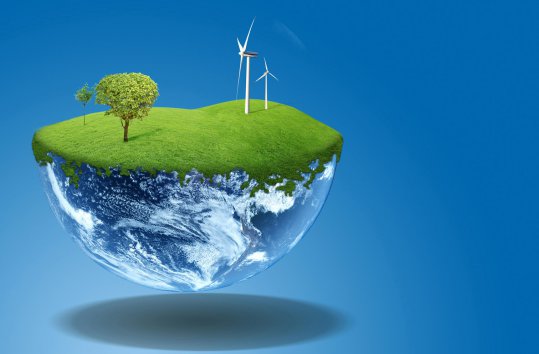 The global transition to a low-carbon economy is underway and firms that supply low-carbon goods and services can thrive in this expanding market.

But for Canada to thrive in a low-carbon context, governments need to act now to set the appropriate policy signals so that businesses can position themselves to be competitive and can tap into this market.

These are the conclusions of a new report the National Round Table on the Environment and the Economy (NRT) released today entitled Framing the Future: Embracing the Low-Carbon Economy, billed as the first report to broadly consider how Canada needs to position itself with respect to low-carbon goods and services markets in order to prosper through the global transition to a low-carbon economy.

"A low-carbon economy is no longer a concept of the future. Governments around the world are moving ahead, and a number of jurisdictions already have formal low-carbon growth plans in place," said National Roundtable Interim Chair, Robert Slater.

"While governments need to put in place the conditions that will stimulate innovation, mobilize investment, enhance market access, and foster talent and skills development, private interests need to drive the process, engage with governments, and play a leadership role in developing a vision for Canada's low-carbon future."

The report seeks to quantify the potential low-carbon market opportunities; assess and characterize the risks to Canada in the transition to a low-carbon future, including quantifying the risk of emissions lock-in; and to put forward a framework for governments and the private sector to work collectively to ensure future prosperity in a carbon-constrained world.

Planning for low-carbon growth can also help navigate any trade, market access and emissions lock-in risks during the process of reducing the emissions intensity of our economy.

The report says the global market for low carbon goods and services could grow from $339 billion (2010) to between $3.9 and $8.3 trillion per year by 2050. If Canada were to retain its current average share of the global economy for these sectors in 2050, domestic low carbon production would reach between $70 and $149 billion per year.

Sending the right policy signals is a pre-requisite for broad low-carbon growth and to help reduce the economic risks associated with accessing and trading in this market, according to the report.

Not sending strong policy signals now could result in inefficient investments in carbon-intensive assets and infrastructure over the next decade warns the report. Meeting our emission reduction targets would then end up costing Canada in the range of $87 billion by 2050 as a function of both the increased quantity of emissions and increased per unit cost of emission reductions due to stranded assets, it states.

"Canada needs a low-carbon growth plan, and with this report the NRT has put forward a strong foundation for it. Based on extensive research and stakeholder consultation, the NRT framework for low-carbon growth positions Canada for long-term prosperity," said Slater.

The NRT's low-carbon vision Canada in 2050 is as a nation of:

It also sees Canada as a nation where:

Getting to this ideal state requires actions along four basic lines, says the report.

FOURTH, federal and provincial governments need to work together to foster low-carbon talent and skills development.

The key messages of the NRTEE report echo the findings of research carried out by GLOBE Advisors over the last year in Canada and the United States.

GLOBE has identified five key sectors at the "core" of the low-carbon economy that have been responsible for driving growth of a cleaner economy throughout the West Coast region of North America (more here).

Framing the Future is the sixth and final report in the NRT's Climate Prosperity series examining the economic risks and opportunities of climate change to Canada. The National Roundtable is to wrap up its operations soon based on decisions taken in the last federal budget.