Seven Graphic Novels and Comics That All Communicators Should Check Out 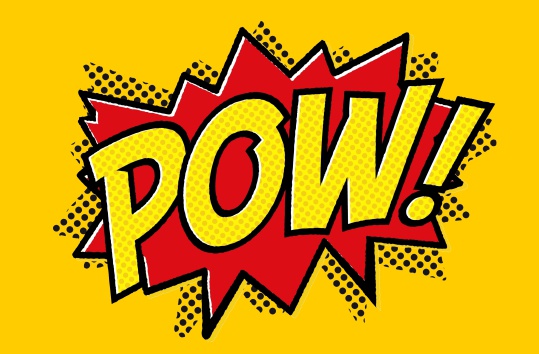 Ever since I've been old enough to hold a book, I've been crazy for comics. To this day, few things provide me with more pleasure than the combination of pictures and words, telling stories together in ways that neither can do on their own.

As PR, marketing and journalism become increasingly visual disciplines, it makes sense that practitioners can learn much from great examples of comics, so here's a preliminary list of works that I think have a lot to say to communicators. You won't find many superheroes or spaceships here - my own tastes tend a bit more toward the indie end of the spectrum, where artists have more freedom to experiment with what they say and how they say it. Though this list may be limited - these selections are overwhelmingly American, for starters, and I wish there were more women authors - it's only the beginning of what's out there. I'd love to hear additional suggestions!

UNDERSTANDING COMICS, by Scott McCloud
An explanation of the aesthetics of comics in the form of a comic itself, this book is actually one of the greatest - and most enjoyable - textbooks on general visual communication out there. In expounding on the power of the cartoon image and demonstrating how the essential nature of comics makes it one of the most engaging art forms, it's a book that provides incredible insights that are applicable across nearly all forms of communication.

BUILDING STORIES, by Chris Ware
You'd be forgiven if, at first glance, you thought Chris Ware's work consisted of a series of infographics, thanks to his clean style and penchant for cramming his images full of innovative constructions and intriguing detail. His commitment to using every imaginable visual tool came to a head in Building Stories, which is actually a series of 14 smaller works packaged together to tell the story of the residents of a single apartment house, each piece designed and printed in a completely different style. It's a treasure box of visual inspiration that shows the boundaries of how and what the medium is capable of communicating.

GOVERNMENT ISSUE: COMICS FOR THE PEOPLE, 1940s-2000s, by Richard L. Graham
Did you know that the U.S. government has been using comics as a tool for communicating with audiences since the 1940s? This compilation brings together some of the best (and strangest) examples of federally-funded funnybooks, intended to educate the public on everything from military etiquette to financial planning to fire safety. It's a great way to see the many communications uses that comics can be put to. (Pair it with Drawing Power: A Compendium of Cartoon Advertising, 1870s-1940s to enjoy a look at the commercial side of this history.)

WHAT IT IS, by Lynda Barry
Don't let Lynda Barry's deceptively childlike images fool you - hiding beneath the playful, chaotic surface of this book is a mature and inspiring manual about how to get over your fears and communicate with confidence. Drawing from a personal period of writer’s block after years as a celebrated cartoonist, it intersperses autobiography with instruction in a bid to give readers the courage to create. (If you like this, be sure to follow up with Barry's Picture This, which helps readers learn how to draw without fear, and Syllabus, which brings her unique teaching methods to life.)

PALESTINE, by Joe Sacco
Joe Sacco is a pioneer of first-person journalism in the medium of comics, and this book, compiled from individual comics released in the early 1990s, is his groundbreaking work in the field. Developed from experiences and interviews conducted in Gaza and the West Bank in 1991 and 1992, it demonstrates definitively that graphic storytelling is a respectable, effective form of reporting - paving the way for it to be embraced for every possible kind of story, no matter how serious.

ASTERIOS POLYP, by Dave Mazzuchelli
The story of an architecture professor undergoing a personal crisis, this fictional tale is a master class in visual thinking. Seeking out connections is both a visual and narrative theme of the book - the characters are mostly drawn in starkly different styles, but, when they communicate successfully, these styles mesh together on the page. The protagonist's inner life is depicted via charts, graphs, posters and other tools. By bringing a human dimension to what could have been abstract thinking about the way we communicate, it provides a series of tactics and strategies that can be reimagined to tell any human story.

INFOMANIACS, by Matthew Thurber
In this surreal tale of technology run amok, reality can be photoshopped, physical objects can be downloaded, and, at one point, a page of the story is obscured by a pop-up ad. It's a freewheeling, ribald satire of life in the Information Age, and a reminder to communicators that our work is plumbing strange new territory - and maybe even changing the fabric of reality as we know it.